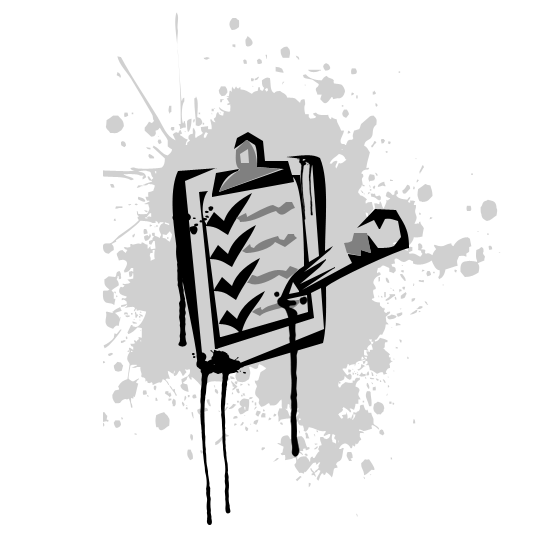 In my last post, I talked a bit about social science writing. Although I am trained as a sociologist, my work is interdisciplinary. My work draws on art history, cultural studies, geography, history, and media studies. As such, I often have to adjust my writing and reference style for different journals. In some cases, I’ve actually chosen not to submit my work to journals because it would require a massive revision of my work to change it from a social science style (APA, ASA, etc.) to MLA. This is one of the reasons why I cringe when someone says that all citation styles are the same. I think this is because most faculty simply refer to students to style guides that show the differences between MLA, APA and Chicago, but do not explain why the styles are different.

In this post, I want to highlight the key differences between MLA and social science references and try to explain why they’re different. First, of all I don’t want get into the difference between nomothetic social sciences and idiographic humanities. I’m more interested in the actual technical difference of citation and the function they serve. My goal is to use examples to show readers that there’s a reason the styles are different.

I’ve chosen an article from PMLA, the Modern Language Association’s flagship journal. Also, I’ve chosen American Sociological Review (ASR) an American Sociological Association (ASA) journal (because I’m a sociologist). Both touch upon similar topics: prisons, incarceration and its consequences. However, the goals are different. In PMLA, Robert Waxler is telling a story about his program Changing Lives through Literature. In this piece, he discusses his experiences with teaching literature to criminal offenders, and discusses Nathaniel Hawthorne’s description of prisons. In ASR, Matthew Desmond and Nichol Valdez are discussing the rise of third-party policing in poor neighborhoods using empirical evidence.

MLA is a style that is very closely associated with the type of textual analysis found in the humanities. The way one references text in that style, is very much tied to the practices and goals of the fields that use it.  Waxler writes in the 2nd paragraph of his article:

Nathaniel Hawthorne had another idea. He offers three terms – community, cemetery, and prison: “The founders of a new colony, whatever Utopia of human virtue and happiness they might originally project, have invariably recognized it among their earlier practical necessities to allot a portion of the virgin soil as a cemetery, and another portion as the site of a prison” (47). We cannot escape the cemetery anymore than we can escape necessity, as Hawthorne well knew. It marks the boundary for us, the radical limitation, the body without voice or movement, the corpse. The prison reminds us of a difference, the possibility of return to the community, to the voice and movement of lives restored-the call to freedom, to possibility.

Here it’s very clear that Waxler is writing about Hawthorne. Moreover, his use of Hawthorne is to help him define Waxler’s own understanding of mortal, physical and social boundaries. When he references William Wordsworth in the following paragraph, it’s very clear that he is now talking about Wordsworth. In addition to naming names, it’s also far less common in work that uses MLA to pack in references. References such as: (Ayling, Grabosky, and Shearing 2009; Braithwaite 2000) found in Desmond and Valdez’s article are not commonly used in this type of writing.

Here is the introductory paragraph from an article by Matthew Desmond and Nichol Valdez:

The United States has witnessed a prison boom of colossal proportions, fueled in large part by intensive policing of inner-city neighborhoods (Western 2006). At the same time cities were hiring more police officers and states were building more prisons, another far-reaching development was unfolding within the field of criminal justice. Across the Anglophone world, crime control was becoming decentralized and diffused throughout the social space. The police began convincing and coercing community actors (landlords, business owners) to assume some responsibility for correcting misconduct. Identified by a number of designations—here, we use the term third-party policing—this approach constituted “a new crime control establishment” (Garland 2001:17). “The most significant development in the crime control field,” according to Garland (2001:170), “[is the development of] a third ‘governmental’ sector . . . poised between the state and civil society, connecting the criminal justice agencies with the activities of citizens, communities and corporations . . . [and extending] the field of ‘formal’ crime control and its potential for organized action.”

While both articles define the concepts they will be using via quotes and references, the style and function of the references are different. In the sociology journal, Western’s name and publication year is the reference.  Typically, in the text of an MLA paper, Bruce Western would already be referenced to show who came up with the idea. This means the reference in MLA is telling the reader where it came from. In ASR, the reference quickly tells us who and when the idea of the prison boom came from. The where, or the textual is absent unless one chooses to look it up. Even then, the writing suggests that we are not particularly interested in Bruce Western either. Rather, the goal is to quickly give attribution to Western’s research on the prison boom to set up factual information before moving on to David Garland’s discussion of control to explain third-party policing. In short, the references obviously provide the reader with different information. This means readers from different backgrounds expect different information.

I want to go a bit further and illustrate how different the first sentence would be if re-written as MLA.

According to David Western in “Punishment and Inequality in America,” the United States has witnessed a prison boom of colossal proportions, fueled in large part by intensive policing of inner-city neighborhoods.

This MLA version makes the prison boom as an offshoot of David Western’s work. However, what is Western’s work? Is it opinion or is research? Even if one where change the sentence to “According to research conducted by criminologist David Western…,” it still implies a degree of subjectivity because it emphasizes the author. Sometimes this is useful, but in many cases it is not. In the social and natural sciences, the reference and writing style emphasizes the research behind the statement (or at least that it is credible and reliable). On some level, it does not matter who came up with the idea, because another researcher should be able to replicate the result.

This barely scratches the surface of the differences between two very excellent pieces of writing. However, I hope this begins a discussion of why styles are different. Or at least move away from statements like “MLA and APA are pretty much the same thing.”

Before I conclude, I want to mention another thing. If Waxler had been a sociologist, his article could be considered unethical. Prisoners are classified as vulnerable subjects. The inclusion of quotes from those he worked with for in a publication without informed consent and human subject approval could mean trouble for him. There is no discussion of this in the paper at all, whereas in a social science article there would be a mention of this. This means that the process and final result of writing for the humanities and social sciences are as different as their reference styles.